Kakunodate is a former castle and samurai town in Akita Prefecture. It’s located in a remote area of northern Honshu, the main island of Japan. Though the castle no longer remains, its samurai and merchant districts are relatively unchanged from its founding in 1620. At one time about 80 families lived in Kakunodate’s samurai district. Several well-preserved houses dating back to the town’s early years provide a glimpse into the life of a samurai. The Aoyagi House, with its thatched roof, is one of the most interesting. Part of an estate, its warehouses have been turned into museums that contain historical artifacts such as old bicycles, farm equipment, and samurai armor. The cherry tree in its garden is almost 300 years old. The Ishiguro House has a collection of samurai armor and clothing on display.

Weeping cherry trees were imported from Kyoto to Kakunodate during the Edo Period (1603 – 1868). Cherry blossoms are symbolic within the Japanese culture and are often depicted in various art forms. Their short-lived beauty is a reminder of the ephemeral quality of life. Somei Yoshino, Japan’s most popular variety of cherry tree, has white flowers tinged with pale pink. Hundreds of these were planted along the Hinokinai River, which runs through Kakunodate. In Japan, hanami refers to the national pastime of viewing cherry blossoms. Kakunodate is one of the region’s most popular places to enjoy these spring flowers.

The art of kabazaiku originated in Kakunodate more than 200 years ago. Kabazaiku uses cherry bark as a veneer for a variety of items such as storage containers for tea and tobacco, decorative boxes, and furniture. The craft has been carried on by local artisans, and visitors can see kabazaiku demonstrations as well as exhibits of other regional crafts at the Denshokan Museum.

Things To Do In Kakunodate

Walk under cherry blossoms, Explore the Samurai District... Speak to Your Japan Travel Expert for more details about what to do or experience in Kakunodate 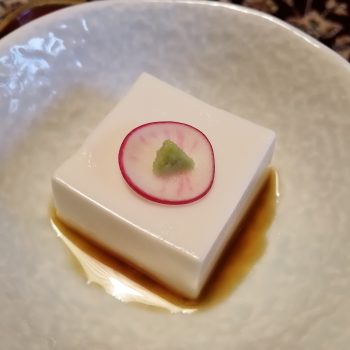 Where to Stay in Kakunodate

Following are some of the accomodations we trust in Kakunodate